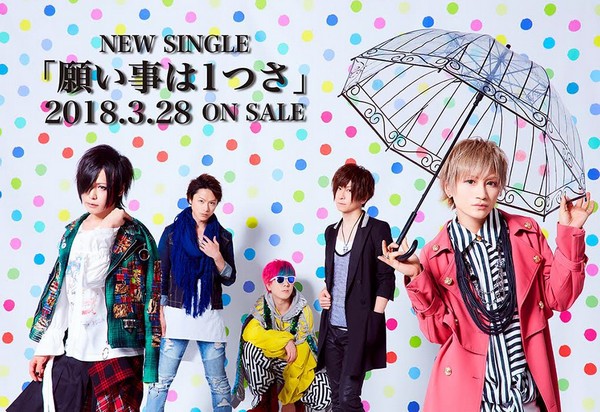 An Cafe announced that the band will pause its activities next January, due to the withdrawal of all the musicians.
Here is the translation of the official messages of each band member :

The band :
"Thank you very much for supporting An Cafe since the beginning.
This year will be the 15th anniversary of the band and Miku, Takuya, Kanon, Yuuki and Teruki, with the help of all the people who support them, will celebrate it on January 5th and 6th, 2019 at ROPPONGI EX THEATER. At the end of this live, the band will pause its activities.
On the occasion of this 15th anniversary, we had many discussions about our future activities and the future of each member of the band. Takuya and Yuuki answered : "I did all the things I wanted with our musical activities". Kanon and Teruki said : "I want to take a new path". Miku answered : "I want to continue singing An Cafe's songs, we worked hard to build our universe." But after thinking about it, we concluded that it was impossible to continue without these five people and we decided to pause the activities of the band. Regarding our activities after this break, we would like to recreate a new legend all together.
Until now, it is thanks to your support that we have been able to move forward, really thank you to all of you.
On July 5th, the tour will start. The team, the staff and the 5 members of the band will give their all and be the best they can be, until January 5th and 6th, we count on your warm support.
We will inform you of the future of the "FC BondS" fan club as soon as we have made a decision.
We can't answer your questions about it for now. Thank you for your understanding."

Miku (vo.)
"I'm sorry things are ending like this.
I apologize.
We have made everyone who supports us sad.
I'm really sorry for not being able to take the other members even further, as the vocalist of the band.
I think these five people are An Cafe.
But I can't agree the idea of never singing the songs I wrote and composed until today anymore.
I can't imagine how it will be or how I'll feel yet, but I'd like to continue singing An Cafe's songs.
For me, An Cafe will be my very last band.
During the remaining live, I want to show the best of An Cafe and its 5 members.
I count on your support."

Takuya (gt.)
"To all the people who encourage An Cafe,
I'm really sorry for this sudden announcement.
Since all this time, I've been playing in this band to show my music, fighting against my hesitations about my personal life. Is it normal to stay in the band with such feelings? Isn't it rude to the other members of the band who are so serious, and to the fans who support us?
I had such thoughts all the time but it was comfortable and reassuring to stay there. I can't content with that, I want a change of environment. My feelings regarding that have strengthened and I made my decision, I will leave the band after this important stage of the band, our 15 years.
I feel a little uncomfortable with all the people who have been supporting me for so long.
I often worried, I was afraid to go back on my decision.
But now, I want to get my life back and move forward in a new path.
We only live once, I want to live without having the slightest regret.
Even if it's a selfish decision, I hope you can understand it.
Thank you to everyone who came to encourage me until today.
I think that I'll be able to show my gratitude to you during the last lives, playing the guitar with all my strength.
I count on your support until the end."

Kanon (ba.)
"First of all, thank you to all the people who supported us and helped us.
The experience that I got during these 15 years of activities, the memories that I made, I'll keep them in me my whole life. I'll be happy if I let you nice memories too.
Regarding my future, I think that Kanon can only exist with An Cafe, he won't belong to a new band. The first and the last band of Kanon will be An Cafe.
So the reason why I decided to leave the band is simply that I'd like to discover myself differently.
Although it has been a long time since it happened, my wish to create something by myself became stronger and stronger. You're gonna tell me that I could have created a solo project in parallel with An Cafe activities, I thought so too. But finally, I never managed to find the time to work seriously on that and the years went by without my project being realized.
Moreover, as long as I was An Cafe's Kanon, I was afraid to throw myself into something new that wouldn't reach the quality of An Cafe.
Don't worry, this new start is a good thing! I didn't have enough confidence to get over this hurdle.
It's been 15 years since we built this building called An Cafe, this figure called Kanon is too big for me, I felt completely inadequate, I decided to leave this name, Kanon. I want to start from scratch, without preconceived ideas.
I can't help but tell myself that I'm selfish, I'm really sorry.
During those 15 years, I received so much encouragements. Thank you very much."

Yuuki (key.)
"I decided to leave An Cafe after the January lives.
I'm sorry to surprise you with this sudden announcement.
It's been 11 years since I joined the band.
Time went by really fast, but when I think back to those years, one by one, I realize that I really made beautiful memories.
It was a new world for me and if I wasn't feeling very comfortable at the beginning, I could grow very quickly thanks to your support, your letters and your advices to become the one I'm now.
I'm really sorry to betray you today by leaving the band.
It's a really selfish decision.
Performing on stage with An Cafe is really cool, and I love our fans.
But I suddenly realized that I only have one life and that I couldn't continue longer with only one band! I want to try new things, to challenge myself!
I think I only want to live freely, at least once.
However, I don't want to lose touch with the staff, the other band members and the fans due to this pause!
I hope to be involved in your life one way or another in the future.
For the remaining time, I want to continue having fun with you, as always, with An Cafe! Please, keep coming to see us until the last date!
I'm really sorry to be so selfish.
You all, I love you!"

Teruki (dr.)
"Thank you very much for your passion, your energy and your happiness during these 15 years. Thank you for your support. I feel a deep gratitude.
On January 6th, 2019, I will leave An Cafe.
I'm counting on you for the remaining 6 months." 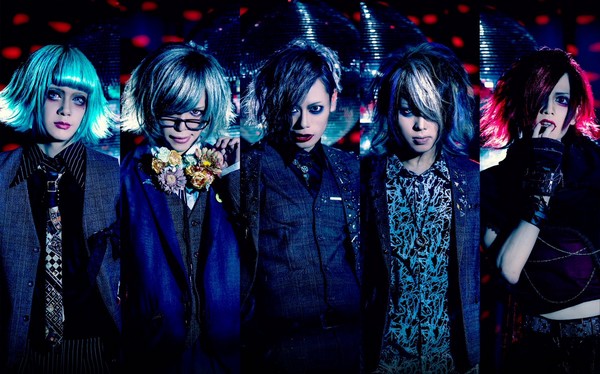 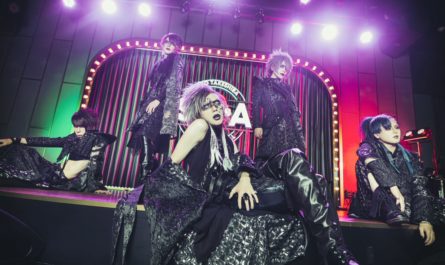 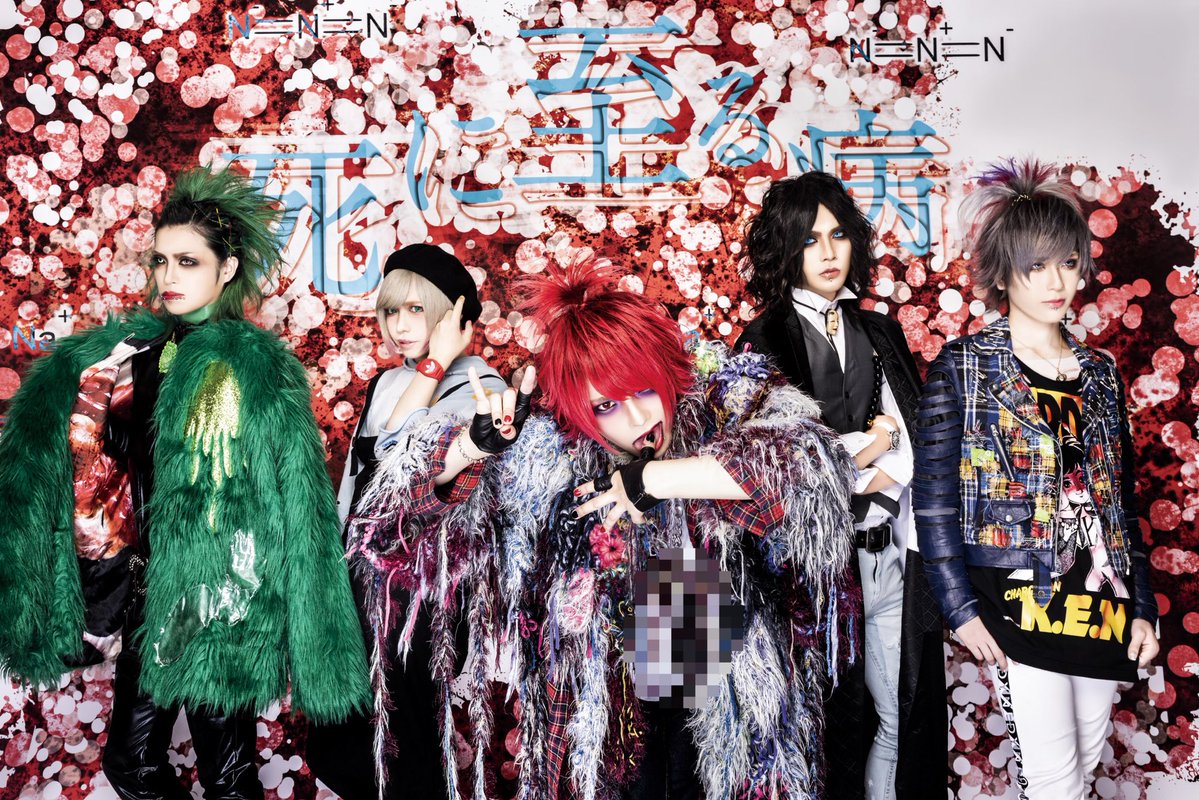