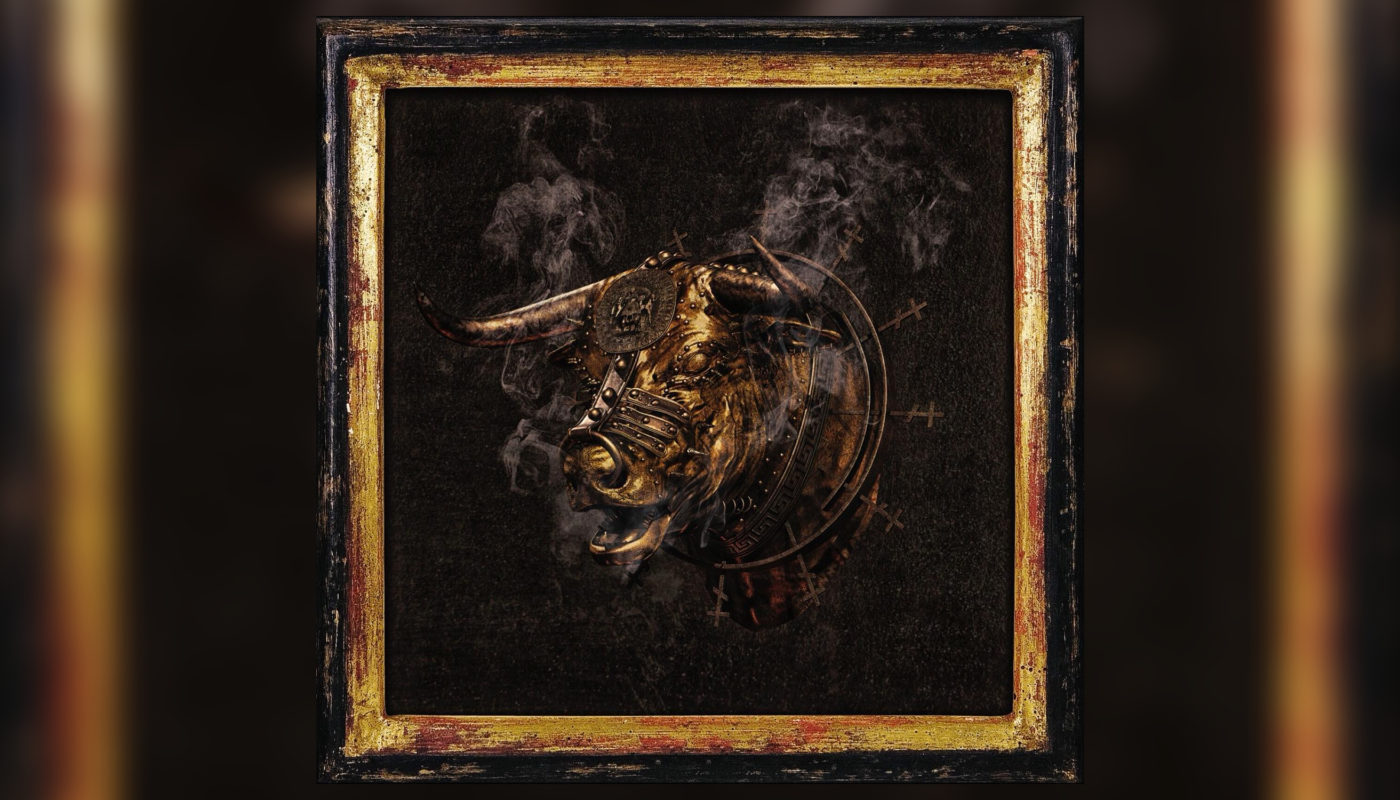 How do you feel about it ?

I personally think it’s a huge step forward “The Insulated World” (2018). I talked about it a lot with a good friend of mine as well as DIR EN GREY fans on Discord, and globally, we’re saying it’s “DUM SPIRO SPERO” (2011)’s technical/brutal side with “ARCHE” (2014)’s deepness/atmosphere and “The Insulated World”’s attitude. “PHALARIS” is the result of the band having a bunch of fun making a deep, brutal and beautiful (at the same time) album.

Be advised : it is, along with “MACABRE” (2000), their most progressive album, and you might not be able to fully get into it from the first listen. Expect big sensations listening to it, perhaps confusion too.

One of the reasons why you may need a few listens to get into this golden album is “Schadenfreude” being an outstanding track, and you might need time to catch your breath from it. It’s definitely a different long track formula than “VINUSHKA”, a cult song of the band that got numerous fans into DIR EN GREY’s world. “Schadenfreude” is relentless, and you will go through so many emotions with it that you’ll still be processing what just happened as the solid and marvellous “Oboro” will kick in, coming in perfectly after the previous track. Then, you’ll still have a whole album to go through. “Oboro” being one of the two singles “Oboro”, it was a master stroke putting it after the spirited “Schadenfreude” ; it is as glorious, while also being reassuring for the listener.

Then comes “The Perfume of Sins”, which revealed a Black Metal side of the band that they never told us about, as well as maybe the fastest Shinya ever played. “13” also goes hard, way harder than you’d expect. It made me do huge moves with my hands because of how satisfied I was with it, it even exceeded my expectations. The entire album did, actually. I must already mention that “Kamuy” [the last track] is a very impressive, peaceful, confusingly comforting track… Well, until it takes you by surprise as you dropped your guard ! I had to say it, because DIR EN GREY picked these tracks extremely well, especially the opener and the closer.

I should, no I must talk about “Otogi” as well as “Hibiki” with which I felt deeply at peace ; it felt like floating freely in a liquid or in the sky, whatever would feel the best for you, because of the atmosphere and the vocals especially. These were powerfully comforting. Moreover, if you want something that goes harder, “Eddie” is here to satisfy you. It has an oddly fitting Hardcore Punk feel to it, while also using Death Metal and Groove Metal influences. This varied piece of an album is full of these genres, melodic, and textures twists, by the way.

We like when DIR EN GREY goes weird, and some tracks will definitely meet your expectations on that point. Kyō has more than one trick down in his throat, as you know, and you will love that in “Utsutsu, Bōga o Kurau” and “Mōai ni Shosu”, which emphasise this divine weirdness. They've really pushed the Avant-Garde button far here. And really, when I say it all, don’t see it negatively at all. I personally happen to be a beggar for more and emotions, and I got what I needed and more with “PHALARIS”.

I know some of you’s disappointment with “The Insulated World” was that it felt like the band abruptly stopped their progressive/experimental/avant-garde continuity since “UROBOROS” (2008), and I would like to tell you this is not going to be one of your worries with “PHALARIS”. DIR EN GREY gave it all in their compositions.

It is as well very much worth mentioning that the mix is clear, massive, and well balanced ; it is most likely the best mixed album. Beware : expect some more or less minor differences in mixes throughout the songs, since four (!) different people mixed the album. This wasn’t a problem for me who thought the mix was still globally consistent enough. David Bottrill mixed tracks 5, 7, 8, 10 and 11, Carl Bown mixed tracks 1, 3, 4, 6 and 9 with brio,  Neal Avron also nicely mixed track 2, and Tue Madsen (who, ten years ago, also did the remastered and expanded re-release of “UROBOROS”) mixed the remakes, which are particularly darker-sounding compared to the main album tracks. You will enjoy that “Ochita Koto no Aru Sora” instruments rerecording for sure ; it’s far better than the single version.

Also, huge props to Kyō who uses four octaves of his voice on this album (C2 on “Utsutsu” at 0:32, C6 on “mazohyst of decadence” at 3:26), most of these being during “Utsutsu”, where Kyō also hits a G♯5 in falsetto multiple times. Let’s also not forget to mention that even if the whole band is now credited as songwriter, pretty much all tracks were actually written by Kaoru and Die.

I recommend purchasing one of the limited editions. First, to support the band, of course, but also because it’s great to finally have that remade version recorded of “mazohyst of decadence” (which was performed live between late December 2010 and late August 2014), which is absolutely disgusting (and that’s a compliment for a DIR EN GREY song, believe me). In my opinion, the fact that they replaced the opening riff low distortion guitar by what I believe is a 12-string acoustic guitar made the 7-string electric guitar main riff’s impact much more contrasted and ominous. And that new “ain’t afraid to die” is so much more poignant : it’s another proof that the band matured in terms of sounds, emotions solemnness and genuineness, songwriting and technical abilities, and not to mention that massive mix. You won't get away from it with no tears.

If you can afford it, do go for the deluxe limited edition (2 CDs + Blu-ray or 2 CDs + DVD). It includes a delightful-looking packaging with a big size booklet of the lyrics and credits, as well as an interview and photo book, and, most importantly, the “Sogai” show, which took place at the Tokyo Garden Theater on June 5th, 2021. The band is extremely tight in it, and this is probably among Kyō's best show since DIR EN GREY’s “ARCHE AT NIPPON BUDOKAN” (2016) and sukekiyo’s “PERSUASIO” (2015 – sukekiyo is his second band). Also, did you know that “Sogai” (疎外) means “Alienation” ? This means it was the replacement gig for “The Screams of Alienation” (a.k.a. the two final shows for “The Insulated World” era), which the band couldn’t give in July 2020, due to the pandemic. They’ve really taken their best revenge on COVID-19 with that show : it’s one of the best in their career, and the entire, uncut performance is there on the bonus Blu-ray/DVD.

This has been a frankly very positive review, but I have to mention my only problem with the album, after two months of taking a step back. While it doesn’t feel too short in my opinion (53:42 is not that short for a DIR EN GREY album, even though they can easily go over an hour), it does feel like something is missing, to me. Indeed, it is the very first DIR EN GREY album with less than thirteen tracks, and I honestly felt that. Having two tracks of over nine minutes were able to compensate for the album’s length, but its flow, despite being flawless until “Mōai ni Shosu”, did feel broken and kind of off with “Hibiki”, “Eddie” and the two last ballads one being after the other. If they inverted “Hibiki” and “Eddie”, it would have made more sense, but it would’ve made too much heavier songs one after the other, and too much calmer songs to close the album.

The truth is that DIR EN GREY’s albums are such a journey, and this wasn’t exploited to its maximum with “PHALARIS” here only. I feel like two songs would’ve solved this flow issue towards the last third of the album. Who knows, maybe this drastic change of atmospheres in the album’s last third was another way for the band to unsettle the listener ?

To sum it up, the first third of the album has a very heavy and melodic (again, at the same time) approach to begin with, following a strong avant-garde section in the middle that will rather push the listener out of their comfort zone, in all directions, and force them to pay close attention, while the final part of the album is much more atmospheric and acts like a purifier, which can remind of the way the band ended their first album “GAUZE” (1999) with “Akuro no Oka”. Even though it is 3 minutes longer than “The Insulated World”, the album may leave you with a stronger desire for more listening sessions this time, in a way due to its mysterious aspect, in another due to its unusual smaller amount of songs.

Ultimately, I’d say that if you want to feel the beauty of discovering DIR EN GREY again, “PHALARIS” is for you, for sure. It will stop your heart, take your breath, excite you, make you headbang, lose your mind, vibe and cry, but with politeness and maturity. This can be considered as the band at their songwriting peak. This is easily one of my favourite DIR EN GREY albums, my personal favourites being “MACABRE” and “Kisō” (2002). Absolute, ab-absolute (hope you'll get the reference) success in my opinion.